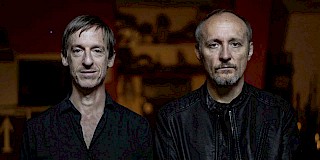 A mechanistic / digital soundscape in 12 tracks 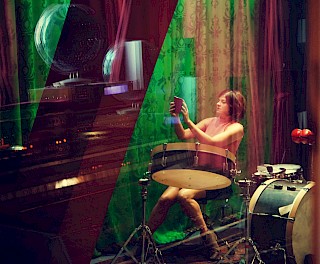 The Bauhaus provided impulses that were to have a decisive influence on music and sound all around the world: Immersion, equal standing for the artistic disciplines, a deep understanding of the material and a focus on a modern, mechanistic view of the world in which human positionality needs to be reassessed.

AUDIO.SPACE.MACHINE reconfigures these impulses for the present day and transposes them to the technical level of sound design in the form of a concept album in terms of acoustics, content and technology. In twelve immersively conceived tracks, the listening space is radically organized by means of a 360° matrix. The focus of the album is the human being as a modern adaptive apparatus. AUDIO.SPACE.MACHINE combines quotations from texts by László Moholy-Nagy, Walter Gropius and other Bauhaus artists of the 1920s, but also from texts by John Cage and contemporary authors such as Martin Burckhardt or Bazon Brock.

The tracks of AUDIO.SPACE.MACHINE are each two to five minutes long and can be listened to individually or experienced in their entirety as a unit. Through its binaural design and noise-reduction transmission, the individual listener becomes part of a unique, mechanistic/digital soundscape.

AUDIO.SPACE.MACHINE has been awarded as radioplay of the month January 2019 by hörspielkritik, has been nominated for the Prix Italia in the same year. In 2020 the Bauhaus concept album received the Hörspielpreis der Kriegsblinden, the most important literary prize granted to playwrights of audio plays written in the German language.

AUDIO.SPACE.MACHINE was realised in cooperation with wittmann/zeitblom and the Interactive Media Foundation, the bauhaus 100 festival and the radio stations Deutschlandfunk, NDR and SWR. An expanded radio edition is broadcast in these stations’ acoustic arts programmes and online.